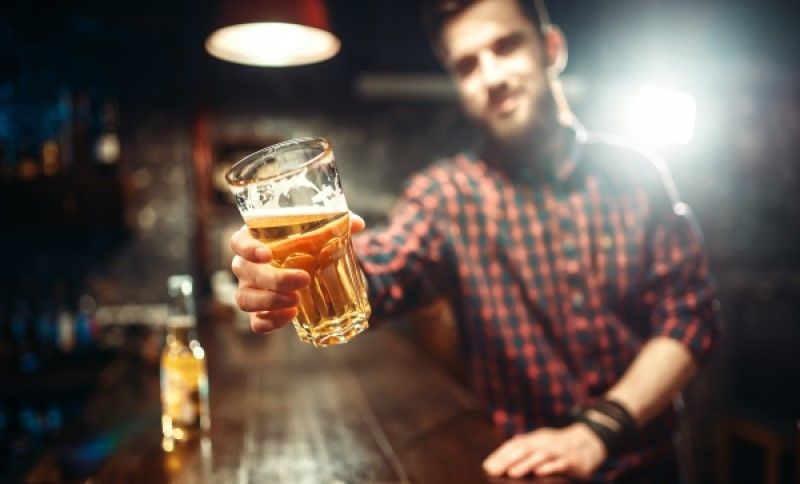 Are you facing probation for a DUI or similar alcohol-related charge in the state of Florida? If so, you likely have many questions. One of the most commonly asked is, “Can I drink while on probation in Florida?”.

There is no single answer to if you can drink while on probation, as several factors can influence the terms of your probation. However, to help you out, we’ll shed some light on this topic. Keep in mind this information is only meant to serve as a brief introduction to the restrictions you may face if you are worried about drinking on probation. To ensure you fully comply with any probation terms (and to potentially avoid probation entirely if you are innocent), it’s still essential to coordinate with a qualified criminal defense attorney.

Drinking on Probation and Florida Law

Coordinating with an attorney is crucial for several reasons. Understanding what you can and cannot do after a DUI conviction is among the most significant. Being convicted of a DUI or a related crime is stressful, especially if you’ve never been convicted of a crime before. The experience can be so overwhelming that many fail to grasp the terms of their probation for alcohol-related offenses thoroughly. A DUI attorney can review yours in greater detail, ensuring you understand whether drinking on probation is permitted in Florida. Sometimes the court will rule that you must avoid alcohol entirely while on probation. In other instances, they might decide you must refrain from using alcohol to excess. There are also cases in which the court will prohibit you from associating with certain individuals during your probation if they believe those individuals will have an adverse impact on your behavior or choices.

Of course, it’s not uncommon for the court to allow the consumption of alcohol, even when you are on probation. Sometimes there are simply no terms regarding avoiding drinking, but courts frequently make no alcohol a condition of probation.

That doesn’t mean you should feel comfortable drinking on probation simply because you’ve been allowed to do so. Again, maybe you are allowed to drink alcohol if you avoid doing so in excess. However, knowing what that means is difficult. You’re better off staying away from alcohol entirely in this case.

Even if there are no such restrictions in place, you still need to consider whether the risks of drinking on probation outweigh the benefits. After all, drinking is what got you into this situation in the first place. It’s possible you committed the crime because too much alcohol impaired your ability to make smart decisions. There’s no reason to believe it won’t have a similar effect in the future. Of course, if you’re convicted of a second DUI or related offense, it’s highly likely you’ll face much harsher sentencing than you did for your first conviction.

What Happens if You Commit a First-Time Probation Violation in Florida?

Again, taking all necessary steps to avoid violating the terms of your probation is essential. Unfortunately, sometimes people do violate these terms by drinking on probation when they were not supposed to.

You are legally entitled to a hearing if you are charged with violating the terms of your probation. For instance, you may have been charged with a first-time probation violation in Florida due to a breathalyzer test. It revealed you had been drinking while on probation despite the terms forbidding it. However, if you legitimately didn’t consume alcohol, it’s possible the equipment delivered a false reading. In a situation such as this, a Clearwater criminal defense attorney can help you secure and present the necessary evidence. That said, probation is typically offered if you committed your first offense. It almost serves as a “warning” in that regard. Instead of sentencing you to a period of incarceration, the court might decide probation is sufficient to deter you from committing a DUI again. If you violate the terms of your probation, any potential sentences that were initially on the table may once again be enforced.

For example, for a first-time DUI offense in Florida, you may potentially be sentenced to a period of six months in jail. You’re lucky if you avoided this because you were sentenced to probation instead. A first-time violation of probation for a Florida DUI once again puts you at risk of serving those six months. You may also lose the right to drive for an additional period and incur additional fines, which is difficult if you rely on a car to get around.

These are all reasons you must abide by all the terms of your probation in Florida, including:

Once again, even if the terms of your probation don’t restrict you from drinking alcohol, it’s also a good idea to avoid it at least until your probation period is over. You’ve already been through one experience in the legal system; you don’t want to further disrupt your life by going through the experience again, with likely harsher punishments awaiting you.

It’s also crucial that you work with a lawyer who understands how to fight these cases in Florida. Maybe you truly didn’t commit the first offense. If you were convicted but were subsequently charged with a first-time probation violation, you might not be guilty of it.

With help from Clearwater criminal defense attorney Dean G. Tsourakis, you can establish the facts of the case, boosting your odds of an ideal outcome. Dean has over 35 years of experience and has served as both a prosecutor and defense attorney, ensuring you receive strong representation.