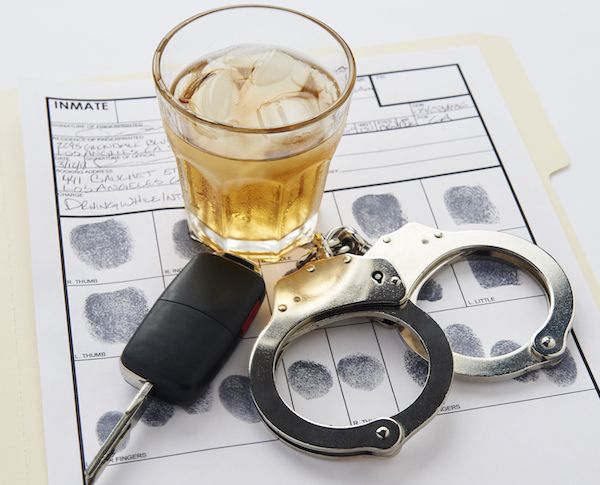 It’s late in the evening and you’ve had a drink or two. You know that a DUI in Florida can make a negative impact on your life, but in the moment, driving yourself is easier than calling for a ride. You’re behind the wheel of your car when red and blue lights flood the inside of your car. You know what happens next.

If you’ve found yourself in this situation, you’re probably asking yourself, “What’s next?”

Being caught drinking and driving will result in much more than just a slap on the wrist, even if it’s a first-time DUI. To help you get a better grasp of what to expect after this incident, here are some of the essentials in this guide to Florida DUI laws. In the State of Florida, a DUI is issued when a person can be proved to be impaired or unable to operate coherently while driving – an offense that can result in several consequences and out-of-pocket costs. A DUI can be proven if your blood or breath alcohol levels (also known as BAC) is 0.08 or above.

Over the past decade, Florida has become even more strict with their DUI rubrics. Over 50,000 drivers are arrested annually for driving under the influence in Florida, which has pushed legislators to tighten the reins on those who choose to drink and drive. One way this is being done is by installing Ignition Interlock devices in the vehicles of anyone who has been arrested for a DUI.

While you can refuse a Breathalyzer or chemical test that can prove your intoxication, Florida has an implied consent law – you agree to these tests the minute you sign your name for your driver’s license. Therefore, refusal of these tests can result in a one-year license suspension for your initial refusal, according to Florida DUI laws.

DUI is an acronym for Driving Under the Influence. The “influence” in this case is not limited to alcohol as it can be about drugs, both prescription and illegal. For example, if you’ve taken a sleeping aid, pain killers, or any other type of prescribed controlled substance, you can still be hit with a DUI offense. That’s why it’s important to stay off the road and let someone else take the wheel if you’re on sleep medications or any other prescribed drug. It only requires your normal faculties to be impaired.  Intoxication need not be proved. That is why we don’t use the term DWI in Florida.

While Florida DUI laws are more lenient on first-time offenders, a conviction will change your life. For starters, the cost of a DUI can be anywhere from $10,000 to $20,000 depending on the severity of the situation. Once you’re found guilty of drinking and driving, your license will be automatically revoked, and the cost to reinstate your license after your probation period will cost upwards of $200. This doesn’t include the $400 or more you’ll have to pay for DUI school and evaluation. On top of that, you’ll have to pay court costs and probation fees.

Naturally, your auto insurance will also increase after a DUI conviction, and some insurance carriers can opt to cancel your policy altogether. Most first-time DUI offenders will see their premium raise by 50% of their current rate, which could impact your finances for three to five years.

You will be required to get a special insurance policy which will raise your rates substantially for at least three years.

Criminal penalties for a Florida DUI vary depending on the situation and whether this is your first conviction. Typically, those who are found guilty of driving under the influence will be issued community service hours, a probation period, and even jail time in some cases.

Here’s a brief breakdown of criminal penalties that can be issued to DUI offenders:

How a Florida DUI Can Affect Your Record

A DUI on your record can impact more than just your wallet and auto insurance policy – it can affect your life on a personal and professional level. A DUI can be listed as either a felony or a misdemeanor, and, as a result, it will show up on your employment background checks. If you’re looking for financial aid or even looking to buy a house, a DUI on your background check can delay the process, even preventing you from obtaining these assets altogether.

A DUI on your record also means dealing with automatic license revocation, and, as mentioned, there are hefty fines associated with this. License suspensions make it more difficult for you to get to your job, school, or take your kids to school. Revocation of your license can ultimately lead to you losing your job if you can’t find another way to get to work or if your job heavily relies on driving.

Getting Your License After DUI

If you get a DUI in Florida, your license will be suspended. For first-time offenses, the suspension period is typically six months but can last up to a year.

You may be able to obtain a hardship license, pending your hearing investigation. You have 10 days after the incident to request a DMV Administrative Hearing. A hardship license will allow you to drive to and from business purposes only while you’re on probation.   Business purposes include church school, the library, childcare, and many things but not recreation. Challenging your suspension also gives you extra additional time but it can be difficult to win.

There are many strategies involved in obtaining a work permit.  Hiring an attorney can be a big plus in deciding what to do.

If you’ve been arrested for a DUI, call a lawyer immediately – preferably one who has experience as both a Prosecutor and as a Criminal Defense Attorney.

In the meantime, don’t make any statements to the police. Don’t apologize for or admit to anything. Together, we may very well be able to overcome your DUI conviction. Furthermore, I may also be able to help you avoid the state-mandated automatic driver’s license suspension, so you can continue to get to and from work while your case is in the works.

Other DUI and Criminal Defense Articles