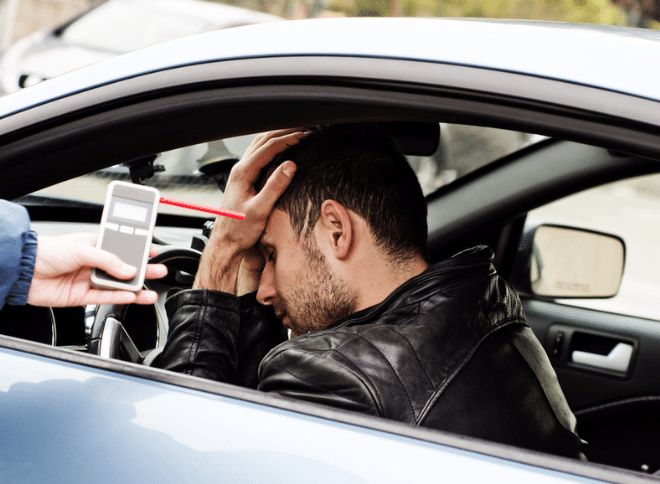 The State of Florida does not tolerate drinking and driving, and tens of thousands of DUI Violation Tickets are issued each year, and the drivers arrested. Many drivers worry about their future, wondering, “Is a DUI considered a criminal offense?” Yes, it is, and the ramifications are more serious than most felonies.

The penalties range depending on the circumstances of the case, and various factors will affect the severity level and subsequent consequences for the individual. DUIs are seen as serious offenses by the justice system in Florida, so it is always best to consult an attorney after an arrest.

Is DUI a criminal charge? Let’s discuss the details.

Is DUI A Traffic Or Criminal Offense?

The terminology and laws around drinking and driving can sometimes be confusing.

For example, in New Jersey, they use the term DWI (Driving While Intoxicated), considered a traffic offense. So, is DWI a criminal offense in N.J.? No. New York has an insult on the books called DWAI (Driving While Ability Impaired). This is not considered a crime in N.Y. if it only involves alcohol. Drugs are another story.

While a few states across the country consider citing drivers with a traffic offense for a DUI, it is an unlikely occurrence, overall, in the U.S. Most states are more aggressive with legal repercussions for drinking and driving. Florida is one of them. In the vast majority of situations, if you get pulled over and get a DUI, it is a criminal offense.

However, the circumstances surrounding a DUI vary and should be approached strategically on a case-by-case basis. The focus should be on mitigating the extent of the criminal penalty. This can include fines, jail time, and probation, among other potential consequences. Florida law provides a range of penalties for a DUI conviction, which can be more severe or less severe.

Certain DUI cases can be pleaded down to eliminate some of these penalties. This is important for immediate consequences such as jail time and fines and is also key to your future.

When is a DUI a Felony?

It is normal to be concerned about the charges you may face, and the thought of having a felony on your record is daunting.

What is a DUI classified as?

DUIs are perceived as felonies by the State of Florida if specific criteria are met.

Is a second DUI a felony?

Generally speaking, the most common reason drivers get charged with a felony for a DUI is if they have two or more previous DUI convictions. Outside, aggravating factors will also advance a DUI from a misdemeanor to a felony charge, including first-time DUI charges. Serious bodily injury can raise it to a felony as well.

However, a first-time DUI without aggravating factors will typically be charged as a misdemeanor. The penalties for a DUI – first conviction include:

Penalties for a first-time DUI can be negotiated, reduced, or even eliminated with an experienced lawyer.

In addition to multiple DUIs garnering felony charges, DUIs that culminate in bodily harm or involve the endangerment of a child will often be felony offenses. This could include occupants in the driver’s vehicle or occupants in another car if there was an accident at the scene.

Another factor considered when the state is assessing charges is the blood alcohol level (BAL) at the time of the DUI. According to the Florida Department of Motor Vehicles, penalties for a first DUI conviction in Florida increase dramatically if BAL (Blood Alcohol Level is .15 or higher or if a minor is in the vehicle). In these cases, an Ignition Interlock Device must be installed for at least six continuous months.

Even in aggravating circumstances, those charged with a DUI always have the right to an attorney. There are a range of penalties in fines, probation, imprisonment, and other consequences that your legal representation can work to mitigate to get the best outcome possible in your case.

Does A DUI Go On Your Criminal Record?

After drivers ask, “Is a DUI considered a criminal offense?” One of the most common questions is, “Does a DUI go on your criminal record?”

This is understandable because many people fear having a permanent record and worry about the consequences of this in various aspects of their lives. Even if it is a one-time mistake, people can end up paying for it for a long time.

The hard truth is that DUIs can go on criminal arrest records, which means they can show up on background checks. Background checks can be performed by potential employers, potential landlords, and other organizations throughout your life. When a DUI shows up on your criminal record after a background check, it could prevent you from getting a job or securing an apartment or rental home.

DUIs also goes on court records and driving records. This can prevent you from getting specific trade licenses, disrupt your career, or prevent you from making a living in your chosen field. When it shows up on your driving record, it can not only interfere with your work but also often causes a spike in car insurance for quite some time after the offense.

Important note: More than likely, a DUI would show on your criminal record as a misdemeanor or a felony unless a special deal were struck between your attorney and the prosecution. it will be on your record forever.

When facing a DUI claim and the potential penalties that come with a conviction, it is critical to hire an attorney with the experience and expertise you need.

DUIs, if mishandled, can cause serious legal issues.

Fortunately, facing a DUI claim is not the end of the world; the right attorney is. Some processes are available to mitigate or eliminate damage to a person’s official record and reputation after a DUI.

Dean Tsourakis has extensive experience with DUIs and is an aggressive attorney. He has worked on both sides of the table as a prosecutor and a criminal defense attorney and knows the applicable laws and available legal processes inside and out.

He works hard for his clients to get the best possible outcome, including helping them potentially avoid the state-mandated automatic driver’s license suspension.